Venue 11 - Mark's Garage (in the laneway), Barton and Palmerston Sq. (see map below), Toronto, ON

We're back for our third year of Open Tuning 2019. Open Tuning is a fantastic, free and volunteer run music festival that spans porches, yards, parks and laneways across Seaton Village.

We'll be rocking Venue 11 - "Mark's Garage", located down a laneway at the intersection of Barton and Palmerston Square - check out the map here: https://opentuningfestival.files.wordpress.com/2018/06/open-tunings-map-2019-black-and-white-final.pdf

We're on at 4 p.m., so come on out, enjoy the sun and listen to us and all the other great bands that are playing. 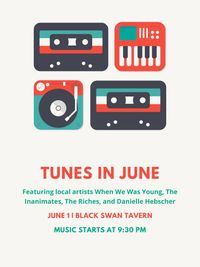 On Saturday, June 1st drop out to the Black Swan for a show featuring local artists The Inanimates, joined by When We Was Young, The Riches and Danielle Hebscher. 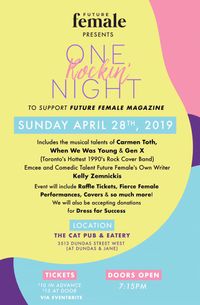 When We Was Young

Tickets $10 in advance via Eventbrite, $15 at the door 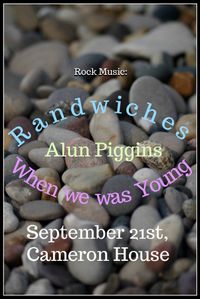 When We Was Young

Join us in the backroom of the Cameron House for a full night of music with Randwiches and Alun Piggins. Don't miss it! 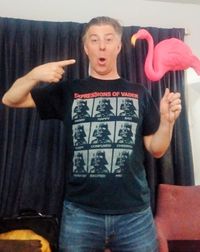 Friends! We're back for Open Tuning 2018 and are pumped!

Come on out Saturday, June 9 at 66 Vermont (between Christie and Bathurst, east of Manning, south of Dupont). We're rolling out all your favourites along with a bunch of never-before-heard new songs that we are pretty darn excited about.

Also, it's a rare family friendly show, so if your kids won't shut up about going to see WWWY play now is your chance!

Stick around after our set to see GEN-X - Toronto's Hottest 90s Rock Cover Band. Chris got a taste of them at a Buffy the Vampire Slayer Tribute show earlier this month (because that's a thing he does) and they rocked the Horseshoe.